Why I Don’t Hate e-Bikes Anymore

I’ll admit it. I used to hate e-Bikes. As a cyclist, I hated how they would effortlessly accelerate from every light leaving the rest of us in the dust. I hated how they would overtake a group of us travelling at any pace, not because they needed to pass but because they could pass – easily. And I hated how, to a casual observer, they would appear as one of us, earning their commutes the sweaty way. I once yelled out “E-BIIIIIKE!” in my best monster-truck-rally-announcer voice, as a guy blew by me up the steepest hill on my route home – it appeared my resentment had been building.

So what changed? Along with the usual assortment of middle aged early-adopters, I started noticing other types of e-riders as well. People on extended e-bikes ferrying one or more (I once saw three) kids off to school or lessons, with panniers bursting with gear, or riders, like my neighbours, who had previously considered their cycling days over, due to age related health issues. Add to this, cargo delivery services and espresso vendors using e-assist trikes, and we appear to be witnessing a sea-change.

More than just noticing an increase in the number and variety of e-assisted riders, it suddenly hit me that all of these people are achieving what bike advocates have been preaching for years – ONE LESS CAR. In this, we are united – walkers, cyclists, transit takers, e-bikers, e-scooterists, e-skateboarders, and all the other types I’m forgetting. We’re all people going places without using cars. Looks like my holier-than-thou cycling attitude had been clouding my judgement.

Now obviously, the power in all these new batteries has to come from somewhere. For those of us living in BC this means most comes from hydro-electric dams, one of the cleanest sources of electricity. But what about markets where electricity is produced by burning coal? Aren’t those battery powered devices as bad as a fossil fuel burning engine?

The answer appears to be no. A typical internal combustion engine converts around 20% of the fuel consumed into forward motion, the majority being wasted as heat. Even coal powered plants, while far from perfect, are on average 35% efficient. Once the power is in the batteries, an average electric motor is 85% efficient. If we take the product of the coal plant and the e-bike motor and divide by the gasoline motor (0.35 x 0.85 / 0.2) we see that e-bikes - even those powered by coal electricity, are 50% more efficient than the car.

OK, so cars are an easy target. As far as CO2 emissions are concerned, a traditional bicycle is still far better than an e-bike, right? Not necessarily – according to a study by the European Cyclist Federation, an e-biker and a traditional cyclist produce nearly the same amount of CO2 per kilometer because the cyclist is burning calories in the form of food – and food production produces a considerable amount of CO2. 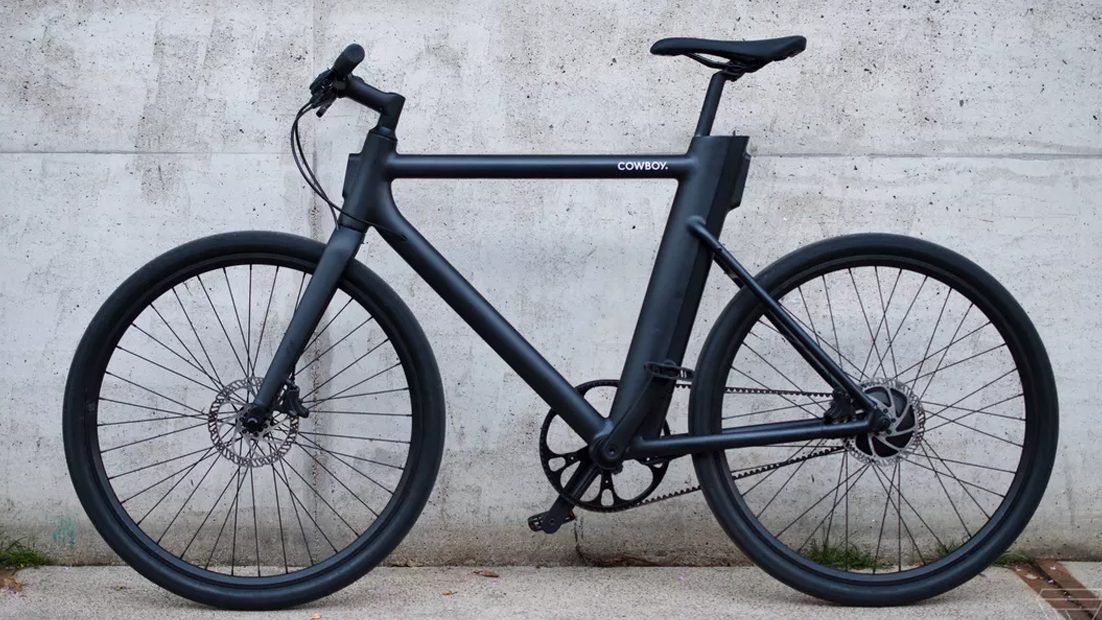 Tesla Cybertruck
I did not see that one coming. Does this mean a steak loving cyclist produces more CO2 than an e-biking vegetarian? What if the meat-eating-cyclist raises their own grain fed cows, but the e-biking-vegetarian buys their veggies from Asia? – yeah, I’m going to stop myself there. I’m learning it gets real tricky calculating the actual total carbon footprint of anything so let’s just call it a draw.


Even if e-bikes match the CO2/km of bicycles, the bigger reason I no longer hate them is their potential to get folks out of cars. I know several people who are relatively fit that have shied away from commuting by bicycle – not because they don’t want to deal with the weather or perceive cycling as unsafe (two issues one needs to consider), but because they find their routes too challenging, and don’t want to arrive at their destinations covered in sweat, or find their routes too time consuming. E-bikes flatten hills (I’m thinking of all those times people have passed me uphill) and according to a study by The European Cycling Federation, are faster than cars in trips up to 10km long, meaning many Canadians would get to work faster if they left their cars at home and swung a leg over an e-bike. E-bikes have become a car alternative in a way that a traditional bicycle will never be – and that’s a huge win.

So that’s where I’m at. For some strange reason, I used to think of e-bikers as adversaries, as fake bikers, but now see us all as members of the same team – Team One Less Car. Obviously, it’s still annoying when an e-biker rides full speed-formula-one style along a crowded bike route, but there will always be people who misuse any technology. I’m not buying an e-bike anytime soon and will continue doing it the hard way as long as I can, but if you’re an e-biker, it’s now highly unlikely I’ll heckle you.